"how to be jeweled". the rules of the game.

i've bee reading the comments. i'd forgotten the way these kinds of systems look from the outside!

it's very "deterministically unpredictable" to me. emergent? the rules of the gems are pretty consistent and i enjoyed playing with them, but from the outside it feels totally opaque and basically guesswork. there is nothing to learn or deduce because i'm missing steps in the chain of understanding.

you may enjoy playing "being jeweled" more knowing the rules (but perhaps not):

- red gems push easier and break at a lower break distance when pushed in the direction they're pointing.

- yellow gems are weaker in general, but have a weird shape: they are round on one side and rectangular on the other. (see the sprite.)

there's a lot of ways this feedback could be given better by the game. the shapes could be vector rather than pixel, which would communicate the yellow gems way better. there could be a sort of "elastic" visualized between the center of a gem and the center of its cell.

for my own purposes this was fine though, and a good study of the limitations of this style! 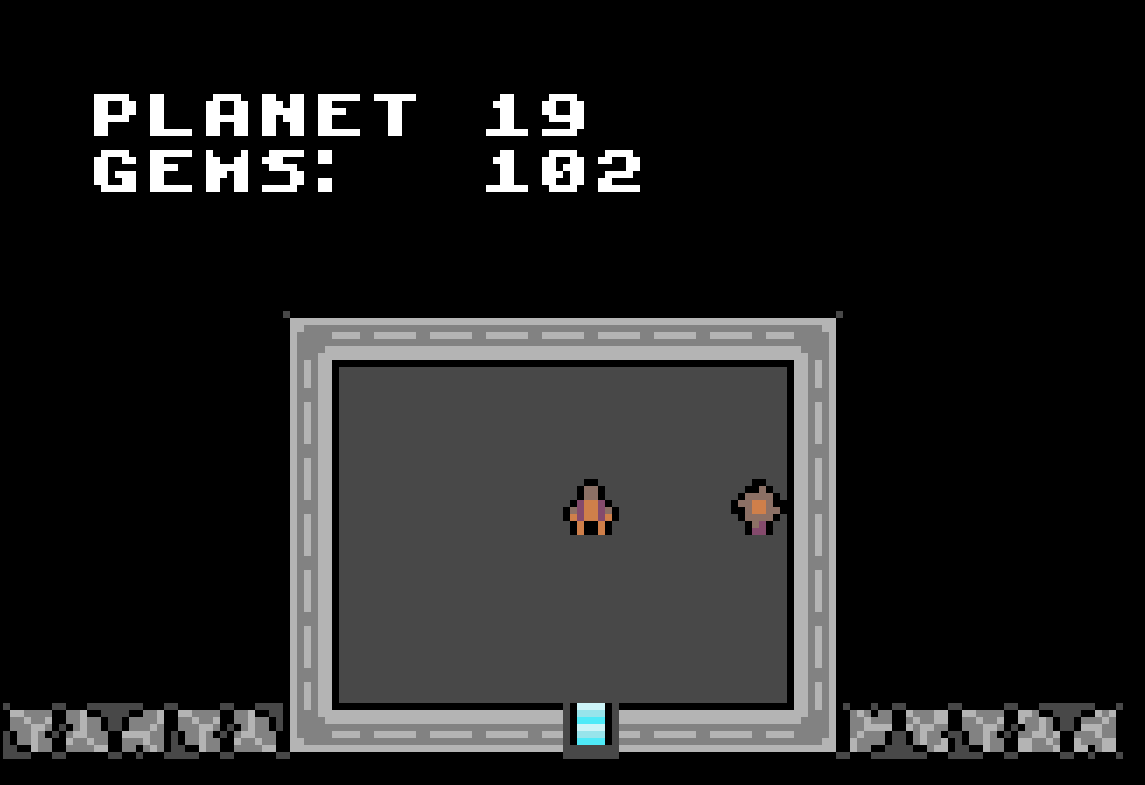