i want to make a roguelike that excludes every Berlin Factor: not a jab at the berlin interpretation, but a fun exercise in game design & an exploration of strange roguelike space.

Thank goodness this specifies random environment generation. Other random elements are fine, but the environment (map and layout?) is predetermined & designed.

When you die, you don't lose everything. So: you keep something major.

The game is real-time.

The world is not represented by a uniform grid of tiles.

Certain actions are only available during certain modes of the game. (Many well-known Roguelikes already violate this high value factor, so this one's not too important. It won't be hard to contradict anyway.)

This one'll be rough. Time and HP are extremely common resources to be managed, even outside roguelikes.

Despite low complexity, the game isn't allowed to just be about "killing lots of monsters". Hmm.

NO Exploration and discovery

Monsters are NOT similar to players

Rules that apply to the player don't necessarily apply to monsters. This is actually one of the more interesting rules to break severely. How different from the player can I make monsters?

Also: I guess this means the player has to control characters (rather than no characters) to really properly contradict this.

The Berlin Interpretation actually gives some examples of opposing challenges: strategically working on the big picture, or solving puzzles.

Dungeons may be "levels composed of rooms and corridors", so let's just avoid: stonework, rooms, corridors.

The interpretation website clarifies: "The numbers ... are delibarately shown," so all we need to do is deliberately hide the numbers.

Shedding Everything Except for Discovery, and Envisioning a No Berlin Roguelike
by Drew Messinger-Michaels · 6 posts
6y
Post a new topicView all posts 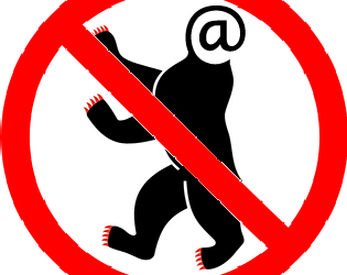